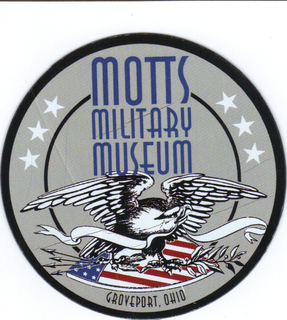 Motts Military Museum is located in Groveport, Ohio, near Columbus.  It is a must-visit place if you are in the area.  There are thousands upon thousands of military memoribilia items ranging from the Civil War to the Global War on Terrorism, and from NASA to Vietnam helicopters and planes.  Its success is largely due to its namesake, Warren Motts. If you are with him for ten seconds, you will see the passion and enthusiasm he has for all things military and the stories and people behind them.  Their website can tell you a lot more.

Your Military Story member Ron Albers is the treasurer and a huge supporter of the museum.  He has kindly given permission for numerous stories he has written on behalf of the museum to be part of our site.  There are many below you can click on and read, and I will be adding a few of these a week to the Forum.  Enjoy!

Stories You Should Read: