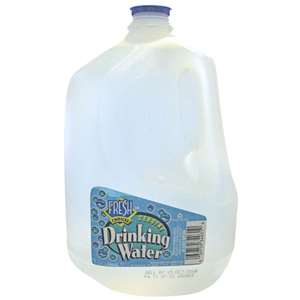 Yesterday I left off talking about my experiences on state active duty during the southeastern floods.  I ended with my experience spending the night in a jail cell.

Today I will tell you what happened after the first day.  More National Guardsmen started to come into the area.  Somehow I was tasked to be the driver and assistant for the officer, a kind Major, in…

My Flood Story- I slept in a jail cell I really did sleep in a jail cell, but I'll get to that in a minute. The recent hurricane and subsequent flooding made me think of my own flood experience.  In 1998 I was in the Ohio Army National Guard.  Horrible rain hit southeastern Ohio, so my unit was called to state active duty.  My fellow medic came to my hometown and picked me up in an Army ambulance.  We… 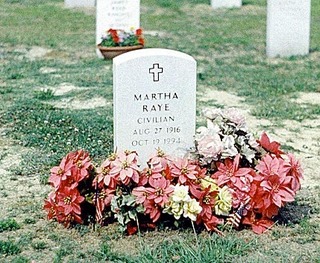 Here is an e-mail that Major General Oscar Decker, USA, Retired, sent me recently.  He is a new member of our site, by the way.  I do not know the exact author.  I had never heard of Martha Raye before or Colonel Maggie as they called her.  Comment below if you have heard of this story or what you know about… 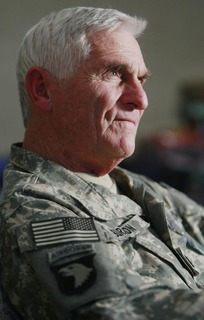 Yes, you read that title correctly.

I came across an article about this amazing doctor, John Burson.  He is 76 years old, and is a nose, ear and throat doctor.  In 1955 he joined the Army, but did not see combat in the Korean War or Vietnam.  He spent time in… I just came across a great blog for you to check out.  It is called  A Soldier's Perspective.  I love the description on the…

How did the POW/MIA flag get its design? I came across this article in the 7/25/11 edition of the Army Times and thought it was quite interesting.

"Prisoner of War/Missing in Action flags, a symbol of supreme sacrifice, display a silouette of a bowed head, barbed wire and a watchtower.

Your Military Story- This teacher's going back to school

You may have noticed it has been a few days since I posted a blog.  Our internet did not work for some reason.  Even our wifi was out.

I am a 7th and 8th grade social studies teacher.  This week I am preparing for the kiddies to come, and come they will.  Tomorrow is the big first day of school.  I will try my best to blog each day and add more stories.


Oh, another thing.  I discovered the other day that Google and other search engines were not "seeing" the website in…

Was my great-grandfather George Washington's aide? I am going to find out, one way or another.  My mother always said that my great-great-great-great-great grandfather, Major Phillip Lorenzo Greenawalt, was George Washington's aide.  Not only that, but apparently the Major was said to have…

Your Military Story: How to find your military buddies

If you served in the military, then you likely have good friends from that era.  Some you may stay in touch with, even after decades of service.  But what if you have no idea how to contact them or where they live?

That's where Military.com's Buddy Finder comes in.  It is the best source out…

How many serving in Congress served our country?

With all of the (already) 2012 politics going on everywhere you look, I'd thought I'd look into members of Congress and see who among them has been in the military.  After all, this is the group we elect that is supposed to declare war per our Constitution.

What I found surprised me.  According to the Military Officer's Association of America, in the 1969-1970 session of the House of Representatives, a whopping 74% of members were…

A few days ago, our country's oldest known survivor of the Bataan Death March passed away.  Albert Brown was 105 years old.  Just like the other 78,000 or so prisoners who were forced marched some 65 miles in the Phillipines, his body did not fare well. He was told not to expect to live much past 50 because of the disease, cruelty and malnutrition his…

Do you know of any good military quotes?

Soon I will be working on a section in the Resources section of the site where I will include military quotations.  These could be from Generals, Presidents or anyone as long as it is military-related.  If you have a favorite one, please comment to this Post.  Thanks for your help!

Bald Eagles watch over the fallen

Check out this photo my sister-in-law Carolyn Robinson sent today. Apparently, bald eagles frequent the Fort Snelling Cemetery in Bloomington, Minnesota.  How fitting that it is a bald eagle........ What's the best military movie of all time?

Here's a question that may get you thinking:

Which military movie is the best ever and why?

I would have to say my favorite is We Were Soldiers, the true story of the Calvary unit in Vietnam. I read the book first (also excellent) and the movie did not disappoint.  The leadership…

TLC channel has a show called Surprise Homecoming.  I believe it used to be on another channel, but being so popular TLC snatched it up as its own.  I can't watch it without tearing up, so it must be pretty good.

The show coordinates, just as the title indicates, surprise homecomings for military members and their families.  These aren't just your walk through the front door and, surprise I'm…

If you see the little boxes that have flags in them, this simply means that people who have signed up have not yet added a picture of themselves.  We love Old Glory, but would love to see more smiling faces!

If you served in the military, your picture does not have to be you in uniform.  That's cool if it is,…

This past week I received a chain e-mail about buying only American made products from August 1- September 1st.  You have probably heard the stories of the Made in America show where Diane Sawyer took everything out of a suburban American household that was not made in America.  All that was left was an empty house pretty much.  The e-mail also mentioned how food products are coming from China more and more.  I know recently I tried to buy apple juice for my little one, and I looked at the…

At the airport Part II

In Friday's post, I left off talking about arriving at Ft. Jackson from the airport.  In this post I will tell a little about what happened once we were taken inside.

Everybody was so tired and disoriented.  Sergeants who were staff at the reception station tried to show us who was boss.  This was our very first time in "formation", inside standing on carpet.  We were told to dump out our bags, personal items and all.  They rapidly strolled up and down the aisle looking for…

I am sitting here at the airport waiting for a flight that will eventually take me to a writing conference in Nashville. My sister Pam, Navy veteran, is going with me. Maybe I will pick up some writing tips and this blog will be better :)

Since I am in an airport, I might as well talk about my airport experience when I left for Basic Training. The day I left we had to be at the Military Entrance Processing Station (MEPS) at 0430, which means with the drive I was up at 0300 with my… Continue

The Army Beret is history, what do you remember about your uniform?

About ten years ago, the United States Army started issuing berets to all of its soldiers to wear with their camouflage, or field uniforms.

I was in the Army National Guard at the time, and remember how weird the beret felt at first.  No one knew how to wear it at first, and we all looked like we had black baker's hats on. You had to "shape" your…