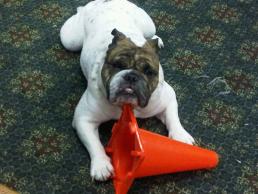 Earlier this month, the most popular Marine at Marine Corps Recruit Depot, Parris Island, passed away.   Sgt. Archibald Hummer, the Depot's beloved mascot, has served five and a half years in that role.

Throughout military history, animals have been mascots and served side by side with those aboard… 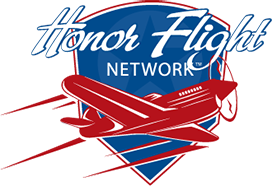 If you have not heard of this fine organization, check them out.  It is a wonderful program that takes World War II and some Korean War veterans to Washington, D.C. to see the war monuments, FREE OF CHARGE.  But that is just part of the experience. These veterans are given an unbelievable send-off and heroes welcome…

Ok, I am going to go off my usual military topic here, so please indulge me.  My little girls turned three today. Sniff. Sniff.  I am not sure how time passed that quickly.  While she still looks exactly as she did as a newborn when she is asleep (except for more hair), she is definitely all little (strong-willed) girl.  I love her to death, but am starting to think that the terrible twos is a misnomer, and it should be terrible threes.  When she wants to do something she is not supposed to…

If you did not get a chance to see the video of Medal of Honor winner Dakota Meyer's interview on 60 Minutes, check it out.  It is worth the 14 minutes to watch and learn about his actions and the inaction of the officers in charge that day.

What does the Constitution say about the military? 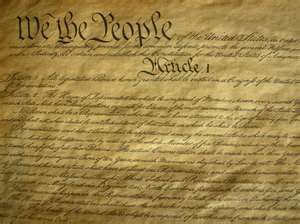 Yesterday, September 17, 2011, was Constitution Day.  224 years ago delegates to the Constitutional Convention in Philadelphia met for the last time and signed our Supreme Law of the land.  While not without its flaws, as I tell my eighth grade students, it is strong yet flexible.  Benjamin Franklin said it best… A couple of days ago I blogged about Charles Murray, Jr., Medal of Honor recipient who recently passed away.

Yesterday, President Obama fastened the medal around a 23 year… The Army's Old Guard, the elite soldiers who perform the funerals… 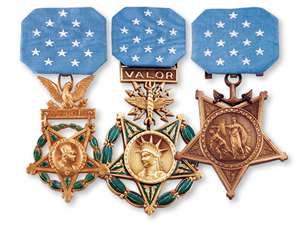 Recently, Army World War II veteran Charles Murray, Jr. passed away.  He was one of 3,457 receipients, 84 of them still living according to the Congressional Medal of Honor website.  Here is Mr. Murray's derserving citation.  You can read all  recipients' citations on the CMOH… Just like it probably did on 12/08/41 when the Japanese had their surprise attacked on Pearl Harbor, on 9/12/01 things changed in the military.

My first National Guard drill after 9/11 was certainly different.  We went from training for things that would seemingly never happen, to the real deal.  It was tense and uncertain.  Rumors of being deployed were heard, and…

I had originally been scheduled for quadruple bypass the first week of Sep.But then they changed it because my surgeon was going to be in London the week of the 11th. So we rescheduled it for Oct. Then 9/11 happened and he couldn't fly anywhere so they tried to schedule me back in, but I had already made other plans, so we kept it for Oct. That morning I had been in town at the local hardware store for something and I heard about the first plane hitting the first tower, on the radio. I sped up… Continue

Where were you when the world stopped turning? 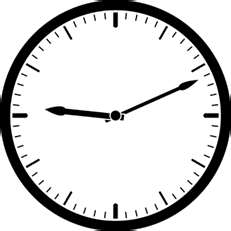 What an appropriate song Alan Jackson wrote:  Where were you when the world stopped turning?  How could you forget?

As one of the lines says, I actually was "teaching a class full of innocent children."  8th graders to be…

Your Military Story: As a veteran, how does 9/11 make you feel? 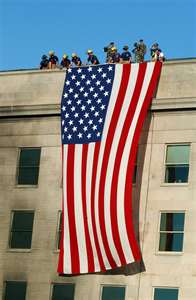 It's big news that the tenth anniversary of 9/11 is this Sunday, and it is hard to believe.  I'll share in a couple of day the "where I was when it happened" story.  I will also be talking about 9/11 the end of this week to my 155 7th and 8th grade students,many of whom only have faint memories of it being that they were only 2 or 3 when it…

Your Military Story: Over 100 years old and still a patriot I read an article about 103 year old Henrietta Landman in California.   She was a nurse in World War II and has quite a military story. She, like many of that generation, are true patriots until the day they…

Did you know that shaving cream can be used to mark improvised explosive devices?  I sure didn't.  The practice currently used by Marines in war zones has apparently been used since Vietnam.  Even Stormin' Norman Schwarzkopf is said to have used it to mark mines during his tour. Since the shaving cream evaporates, the bad guys can't tell where the…

Not serving anymore? You can still smell like it. 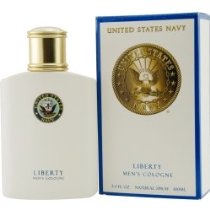 A company called American Line (creator Parfumologie) has created a new cologne for each branch of service.  The bottles are sharp looking and manly.  They are aptly named as well.  The Army's version- Patton,… I just found this article on http://military.com.  Very interesting,  Scott Brown is the Senator from Massachusetts who turned heads a few years ago by upsetting the Democrat and earning…