Ohio, probably like many other states, will honor Vietnam Veterans this week.  This coincides with the 40th anniversary of the end of American involvement in the Vietnam War.

The festivities will include "The Wall that Heals" from Washington, D.C., panel discussions, special ceremonies and more.  The goal of the four days is this:  To finally (and properly) welcome Vietnam Veterans home and thank them for their… 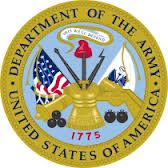 Did you know that there is a National Museum of the United States Army being built as we speak? With a tagline like "Built on Soldiers' Stories" you know I am…

Ok, here goes.. While in Danang at ASP#1( ammunition supply point) in '71. We were moving artillery shells around to get the oldest out in front for first pickup. I was spotting for the forklift driv…

Ok, here goes.. While in Danang at ASP#1( ammunition supply point) in '71. We were moving artillery shells around to get the oldest out in front for first pickup. I was spotting for the forklift driver and he came roaring in(he had 8-9 months there) and knew what he was doing. His brakes gave out and he threw it reverse and I jumped out of the way. My rt. leg went up when I jumped and the blade of the forklift hit my shin and pined against a pallet of 155-mm shells. Needless to say, my…

Did you ever have an injury or surgery while in the military?

In a blog post a while back, I asked if you, the kind reader, had ever been sick while in the military.

I have a new yet related question for you: Were you ever injured or did you ever have surgery while serving? Now I don't necessarily mean combat injured, although that's fine if you want to share about that. What was it like? How did it affect your duty?

I mean things like a broken arm, surgery for any reason, or any other medical issue that required a long recovery or… Continue 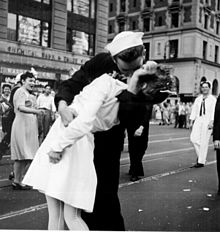 In Honor of Valentines Day, I researched some military "love" (or at least romance) stories.  By the way, you can read the REAL story behind the photo at the left by clicking here.

I am excited to announce that I have just added the five branch service songs to this website.

You can find them below, and soon permanently under the Great Resources tab at the top under Music.  Whenever you want or NEED to hear the Caissons rolling along, go off into the wild blue yonder, or have your anchors go away, just click and turn up the volume!

I also added the National Anthem…

The Atlantic news publication has once again put together a fabulous set of little or never before seen photographs of World War II.  Many of them are color, and all deserve a look.  Make sure to read the captions for a real education!…

In 2004, my wife and I took a belated vacation to Hawaii and met up with Charlie & Gail Dayton from St. Louis..Turns out that his brother and my dad were on the U.S.S. Essex in the Korean War at the same time. Course, with over 1,000 personnel on board,they never met each other. Gail said that they came to Ohio every year for the Soap Box Derby and had this favorite restaurant they went to. Hartville Kitchen,1 mile from our house. We have met up every year since then for food AND…

What is your New Year's Resolution?

Ah, the time for renewal is here.  The time when we can put aside all of the things we "meant" to do, wipe the slate clean and begin anew.  I am off a week or two during the holidays, and I always have a "I am going to do this, go there, visit these people" list a mile long.  Somehow the time off flies by, and all of a sudden I am back to school.

Here are some things I DID do during my time off:  Took my daughter and seven…

Yesterday the United States marked the 71st anniversary of the Day of Infamy, the surprise attack on Pearl Harbor.

Your Military Story member and Motts Military Museum Treasurer and author, Colonel Ron Albers (retired) wrote a masterful story about a survivor. Milton Mapo not only experienced the atack, but lived on to endure all ten battle stars earned by the U.S.S. Pringle.

Be sure to read Milt's fascinating story here.… Continue 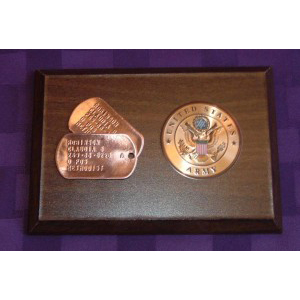 It's that time of year... everybody has holidays on their minds.  I will admit, in the past my husband and I were pretty lax about getting decorations up until like two weeks before Christmas   That doesn't fly now having a four year old.  Oh no, the first day of school after Thanksgiving Break she marched home and told me…

How is it the end of November already?

Oh my.  Somehow October got away from me, and now here we are past Thanksgiving.  Mentally, I look at life in chunks.  I use landmarks on my calendar to let me know how things are going and what I should have completed.  As a teacher, this really works for me.

I always think of the breaks or time we have off as these celestial periods of bliss where I will get all cleaning finished,  every nook and cranny organized, I will spend time with every family member and friend that I have… 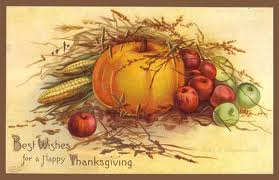 I wish all readers a wonderful, safe and Happy Thanksgiving!  The military is full of inspiring stories, especially those that take place during the holidays.  It seems that throughout history soldiers, Marines, airmen and seamen have found ways to make the holidays special, whether overseas or at home, in a combat area or a…

Did military bearing stick with you?

The day before my school's Veterans Day program, my classroom aide and I were talking to a class about the military. We were talking about military bearing and telling them what they might see when our veterans visit the next day.

My aide and friend, whose husband spent a few years in the Army, proceeded to point out item after item about me. All of it related to how I still have "military bearing".

She mentioned how I talked and moved are always deliberate. I stood a… Continue

I can only hope for it. Sadly, more and more of the population will be without any military service. What are we now? 5-10%. I believe that serving teaches you so many things that are lacking in the general population. Teamwork,deprivation,common sense..Oh well, we still have each other!!!!!!!!!!!

The Best List of Veterans Day Freebies and Discounts

Member Ken Bonnell sent this to me from an email he received.   I cannot give credit to the original compiler because it does not say.  Hope you can enjoy a few of these Veterans Day benefits this weekend and throughout the year!

Happy Election Day- Which Presidents Served in the Military

Note:  Part of this is a reprint of a previous blog post.

Election Day 2012 is finally here.  If you served in the military, THANK YOU.  It was/is your sacrifice and service that allow millions of Americans to vote today!

Living in THE battleground state of Ohio, I am sick of TV and radio commercials, slick flyers in my mailbox and the countless visits to… 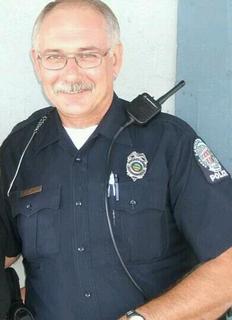 I am Claudia Bartow, the creator of this website, and this was my brother-in-law, Officer Randy Bartow.  Tragically, Randy and his girlfriend, Stephanie Adams, were shot and killed on Tuesday, October 23, 2012.  Randy spent nearly his entire adult life in law enforcement, ending his career with almost 20 years with the Lancaster, Ohio,  Police… With Halloween next week, I am going to start a little series with some stories and links of military or history-related ghost stories.  They may also be just strange, or what some would call "paranormal".

If you ever had an unexplained experience, or "ghost" story while in the…

Did you vote while in the military?

Tis the season, Presidential election season that is.

Here we are knee-deep in Presidential election debates, commercials and rallies. There has been a big push this election to make sure those serving in the military get to vote. Obviously, those serving overseas or stateside, out of their voting precinct, need to vote absentee.

Did you ever vote while in the military? How easy or hard was it to do?