YOUR Military Story- Did your parents and loved ones support you enlisting into the military? 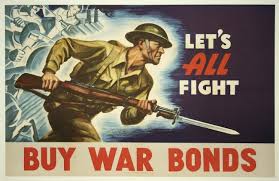 Whether you were drafted into the military or you enlisted voluntarily, it likely affected more than just you.

I found out a few years ago that my mother called the First Sergeant of my National Guard unit and ranted and raved on the phone for an hour and a half to him how I had no business leaving for Basic Training in a few days, how he needed to stop the paperwork, how I would regret it, and more.  I had no idea this is how my mom felt!  And likely how my father felt, too.  Like many, many other times though my mom put on her brave, supportive face and smiled as we said goodbye at the airport.

Her many letters when I was gone continued to be supportive, even in my worst days at Boot Camp, which for this mama's girl and non-athlete, were tough.

I think about all of you who were married when you enlisted or drafted, or got married right before you left for training.  I know of a young couple who were just married last summer, days before he left for his Air Force duty station in Delaware. She did get to come with him, but what a life change for the two of them! Or those of you whose absence caused a severe hardship on the farm.  Without your daily help, things were beyond difficult for mom and dad.

Did your parents and loved ones support you enlisting into the military?

Comment by Claudia Bartow on May 7, 2014 at 4:01pm
Diane, I love this from the mother's perspective! Thank you for sharing. My mom thought I was nuts when I signed up.
Thank him for his service for me!!

From a parent's perspective: When my son informed me he was enlisting at the age of 19 I have to say I was not that excited. The last thing I wanted to go through is my only son being sent in harms way. After many conversations and realizing he didn't make this decision on a whim I had to embrace his first big decision as an adult. No matter what he will always have my full support.

The first year was CRAZY! He enlisted and left home for the first time in January of 2009 and by September he was in the midst of his first deployment. Now I am one of those families that has a loved one fighting for the freedoms I believe many take for granted.

I have to say that I didn't fully grasp what the family of a soldier goes through until I became one. It also exposed me to how important it is for soldiers to have the full support of their family and friends. It saddened me to hear that some of the soldiers in my son's unit didn't have that support from their family. While deployed I made sure my son and every member of his unit received care packages. I wanted to be sure that they knew someone back home was appreciative of their sacrifice and I hoped it would make being so far from home a little bit easier.